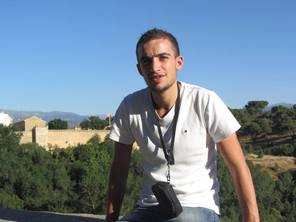 Alexandre Cayuela Jiménez is born in Nantes, a city in the Western France in 1993. He has Spanish origin and he is able to speak the both fluently. He growth up in the school of “Chantenay” and he have been studying three years in “Vial” a High-School leading to an Economic and social baccalaureate. Thereafter, interested by international relation and ambitious, he decided to integrate the business School of La Rochelle following an International Management program which is in four years.


Regarding with his personality, he is an enthusiastic person, always thinking positively and motivated to face with new challenges. Pro-active person, he has a passion for the sport, he played long time in a basket-ball team, “l’Hermine” and afterward in a football one “ Metallo Sport Chantenaysien”. He also played in leisure principally badminton and tennis.


Professionally trough his different experiences in France, in Spain in India or more recently in Finland, he acquired some qualities as to be flexible, able to work efficiently with different cultures and able to manage a group of people.

Currently, my objective is to find an international internship for a period of maximum seven month from January to June 2015 and be graduate.